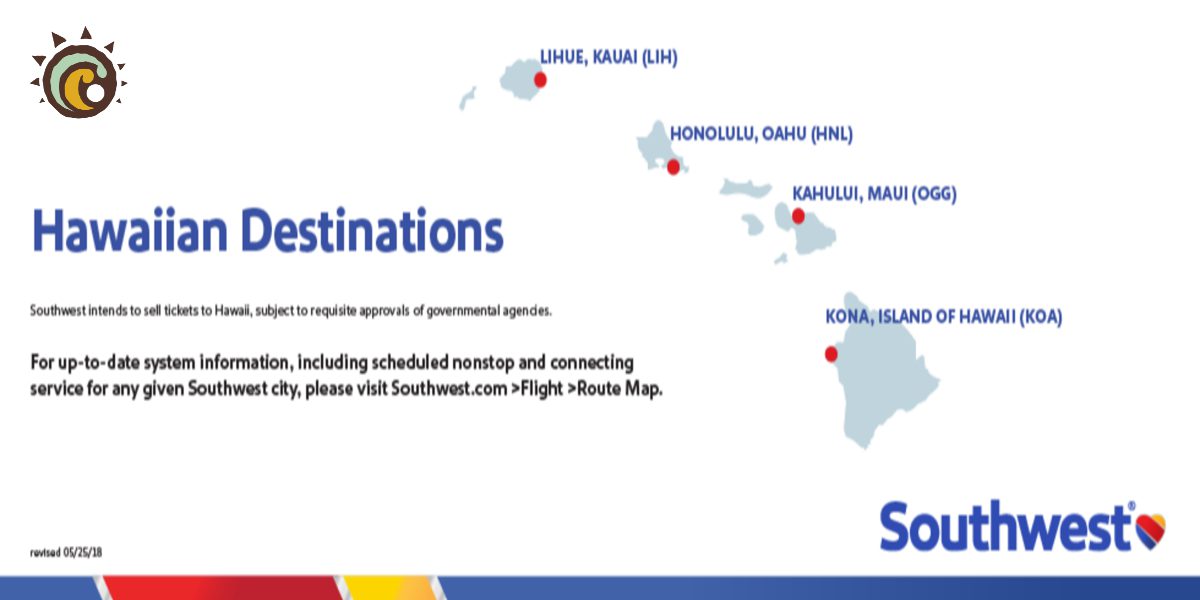 On Wednesday, February 27, 2019, the Federal Aviation Administration (FAA) gave Southwest Airlines the OK to begin flying to Hawaii. According to the Airline, they plan on servicing Oahu, Maui, Kauai and The Big Island.

Southwest is expected to announce ticket prices, routes, time tables and service start date in the next few days, to weeks.

The airline had to gain “ETOPS” certification from the FAA before they could begin marketing tickets.

ETOPS stands for Extended-range Twin-engine Operational Performance Standards, a rule which permits twin engine aircraft to fly routes which, at some point, are more than 60 minutes flying time away from the nearest airport suitable for emergency landing.

In addition to adding more volume to Hawaii and potentially lowering prices via simple supply and demand, there is another interesting factor that could help lower airfare to Hawaii: “The Southwest Effect”.

In markets where the airline has nonstop service, average one-way fares are $45 lower than in cities without those routes.

While living in Chicago I used to fly a lot on Southwest Airlines, we dubbed it our “company plane.” Not only were the rates very competitive, but the airline’s performance was very good. And as a great bonus, their Rapid Rewards program is a great way to learn free tickets – and earn them quickly.

Our opinion is simple: the more options travelers have to Hawaii, and Maui in particular, then the better pricing consumers can obtain and thus more travelers to Maui. With more travelers coming to Maui, then more people will be looking to rent a vacation rental condo and why not one of ours at Wailea’s Ekahi Village.