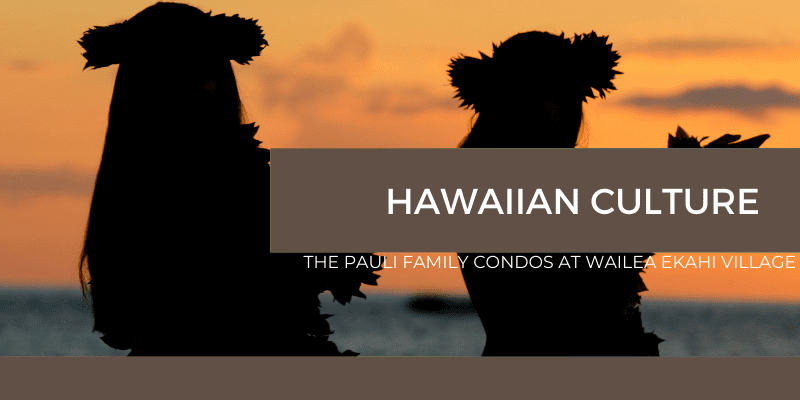 Posted at 01:00h in Culture by Matt Pauli 0 Comments
0 Likes

There is no doubt that coming to Hawaii will bring joy to your soul. The hot sun on your skin, the warm sand between your toes and the smell of the ocean blowing through your hair – it’s truly an immersive experience. But to fully understand Hawaii and everything it has to offer; you must also understand the culture and history of the land you’re standing on.

Hawaiian culture is deeply rooted in the land and the water that surrounds it. Every force of nature has had an impact on both the people and the place they call home. It is believed that the first Hawaiians came from the South Pacific around 1,600 years ago. Another influx of Polynesians arrived 800 years after the first settlers arrived and then 400 years after that, travel between the islands and Hawaii had ceased. With no new incomers and no one leaving, the people who had come to Hawaii began to develop their own beautiful culture. Everything from their language and legends to art and cuisine all adapted to what the islands had to offer.

If there is one thing that could possibly compete with the beautiful surroundings of Maui, it’s the food. Traditional Hawaiian food is a journey for your taste buds that will undoubtedly leave you wanting more. With a heavy focus on locally grown and sourced items, the food here is always fresh and full of exotic flavors.

One staple of Hawaiian diets is poi. This traditional dish is a staple and is a simple starchy dish made from taro root. It can be combined with meats and veggies or eaten alone and has a slightly sour taste from fermentation in the preparation process. Another delicious dish to try when you come to the island is poke. Think of poke as the Hawaiian version of sushi – raw fish that is cubed and dressed with sauce, veggies and rice – except it isn’t molded into a roll but rather served in a bowl.

We couldn’t talk about the flavors of the islands without mentioning some of the sweet items. Local fruits, like pineapple and passion fruit, are always ripe and available. In fact, many of the local pastries and fruit bowls take advantage of the local produce to create sinfully sweet items. And, if you’re looking for a more indulgent treat, Hawaiian shaved ice is always a crowd pleaser even on the hottest days.

Despite the island’s long history, the Hawaiian language was only established as the native tongue in 1839 by King Kamehameha III. A combination of different dialects from around the Pacific, the language is made up of only 13 letters – 5 vowels and 7 consonants.

It may seem like 13 letters aren’t enough to create an entire language from but there is another important aspect to spoken Hawaiian – what’s known as ‘okina or glottal stop. Think of when you say “metal”, the break between meh- and -tal is one of these stops. In the Hawaiian spoken language for example, the 3-letter word pau can have 4 different meanings depending on the ‘okina. If you missed our last blog on some common phrases used around the island, don’t worry! We have you covered. Check out these Hawaiian sayings to learn before arriving.

Or, if you want to try something else fun, here is how you would write your name using transliteration from English to Hawaiian.

Hawaiian religion and spirituality are a big aspect of not only the culture here but also the way of life. Traditional Hawaiian religion consists of both polytheistic and animalistic beliefs as well as the belief that spirits can be found in non-human things such as the waves and the sky. You may have heard of Pele, the goddess who holds dominion over volcanoes. If she was angered, she would cause the volcanoes to erupt to show her displeasure. Also, like many religions, there were also a set of rules that everyone needed to abide by known as kapu akua that could come with heavy punishments if not followed. However, after becoming a state in 1959, traditional beliefs began to disappear as other established religions were introduced. Modern Hawaiians practice a variety of religions, Christianity being the largest. There is also a large Asian population on the islands that follow other beliefs such as Buddhism, Shinto and Hinduism.

You would be hard-pressed to talk about the culture of Hawaii and not include the hula. Ancient hula, known as kahiko, was performed with chanting and traditional instruments. Modern hula as we know it, or ‘auana, is performed with Western-influenced instruments such as the guitar and ‘ukulele. What you may not know is that the hula is not just a dance, but rather a way of telling stories and passing them from generation to generation. Hand movement and chants signify different aspects of nature, history and emotions while body movements are thought to be a dedication to Hawaiian gods and goddesses.

Traveling to Hawaii is truly a spiritual experience for your mind, body and soul. The culture of native Hawaiian is strongly present in everything from the offerings of food to the simple gesture of a lei upon arrival. If you’re ready to experience everything Maui has to offer, your friends at The Pauli Family Condos at Wailea are ready to help. Book your vacation today and get ready to have an experience like no other. Or be sure to visit ActivityMaui if you want even more info on activities in Hawaii. A hui hou – Until we meet again!